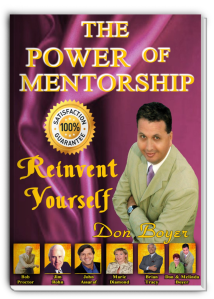 This week I am going to write from a perspective and format I have never done before but feel extremely lead to do so. It will be in story form of my personal experience in the marketplace for the past 9 years and has to do with a new law that came into effect on July 1, 2014.

On July 1st of this year, H.R. Bill #2847 went into effect. It could ultimately lead to some of the most dramatic changes to America in more than 50 years–affecting your investments, your retirement, your savings, and more.

January 1, 2008 I woke up in an Embassy Suite hotel room in Albuquerque New Mexico about 6:00 a.m. and as soon as my eyes opened I could “Feel” something was drastically wrong but I had no idea what it was.  There are not too many days I could recall and tell you where I was or what I was doing but that day sticks out as though it happened yesterday.

Let me back up to help you understand the impact of that day.  In 2004 I launched our Power of Mentorship seminars that lead to the Book series and movies.  Throughout 2004, 2005, 2006 everything I touched turned into absolute Gold.  Our companies were making an unbelievable amount of money and I was attracting the most prominent professional leaders to work on and in all my projects.  The top of the pinnacle was 2007 when we released our first movie and 2007 created so much money and profits it was almost scary.  One month we casually calculated how much we spent that month on eating out and treating friends and it was Seven Thousand Dollars!

I guess we had friends that could drink like a fish and run up those alcohol tabs to the limit even though Melinda and I don’t drink ourselves.  I remember one night at dinner in Las Vegas with about 8 people that included Marie Diamond (from the Secret) taking a limo from a hotel to where we ate was a 5 minute ride that cost $175.00 and then we sat down to have finger food and the freaking bill was over $700.00!

December 6, 2007 was our Red Carpet Event and what an event it was.  After the Red Carpet event Melinda and I and two of our close friends decided to take that last two weeks in December and fly to New Mexico to vacation and shop till we dropped.  Up to that point for the past 3 years everything I touched would instantly turn into hundreds of thousands of dollars in profits and cash flow, so life was good and I now had three years of accustoming to that.

We had a great time in New Mexico and laughed the 2008 New Year in end getting to bed late (but sober).  Nothing was wrong so when I went to bed that night (actually early morning) I was happy and content as always.  However, when I woke up at six in the morning I instantly knew “Something Was Wrong”.   What I am sharing this week (a little each day) about what went wrong in 2008 will have a drastic impact on your life, business and income.

Make sure you do not miss one day this week, by Friday you will not look at your life and business the same…I Guarantee it!

Do You Have The Millionaire Habit?