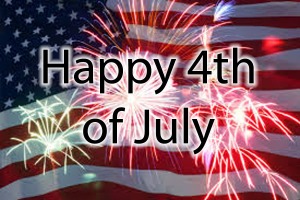 Some question why I would be working on the fourth of July.  If I earned my living and created my wealth through working I would indeed have my head examined.  However what I do is not work but passion, love, excitement and what I do is a 4th of July Celebration everyday of the week.  But it didn’t always start out that way.  In fact my first journey way back 24 years ago started out by being the first guy that ever got kicked out of an Amway Meeting!

It starting by having a CEO I knew ask me one day if I was making all the money I wanted. Instantly I could smell Networking Marketing a mile away.  He had that goofy glazed look in his eyes and I knew he was heading me in waters I did not want to go.  But I had no choice but to play along because he was the guy who signed the yearly contract I had with his company.

He soon rushed me out to his car and opened his trunk and gave me a bucket with 6 types of cleaning products in it and told me to go home and use them.  A few days later he called me and wanted to know where I lived and if he could come over and see me.  I told him, “My you are a fast mover aren’t you” (I guess his version of flowers and candies was that bucket of cleaners he gave me). Anyway he got me to go to his house to hear an Amway Millionaire share his story.

So I said sure I will go, and gave him a big (fake) possum grin.  But this young fox had a plan.  I called my best friend Manny and told him to go with me so we could say we could not stay because he had to pick up his wife.  As I entered the house that day we were instantly introduced to the Network Marketing Millionaire.  His first words were, “Great to meet you guys are you here for the whole meeting”?

Instantly I went into my well thought out plan, “Well I said, my friend has to go pick up his wife and my kids are waiting at the city pool and… He put his arm around us and said he understood as he opened up the door and closed it behind us.

I was shocked and looked at my friend and said, “I think we just got kicked out of the Amway Meeting”!  As I walked away I thought to myself that if I ever did do Network Marketing I wanted to be like that guy.

He was a Network Marketing Millionaire because he recognized we were not ready and too stupid to see the opportunity he had to offer that could have made us rich.  So as we drove off in my friend’s clunker that blew black smoke out of its back pipes, he drove home that night in his brand new Mercedes.

Do You Have The Millionaire Habit?